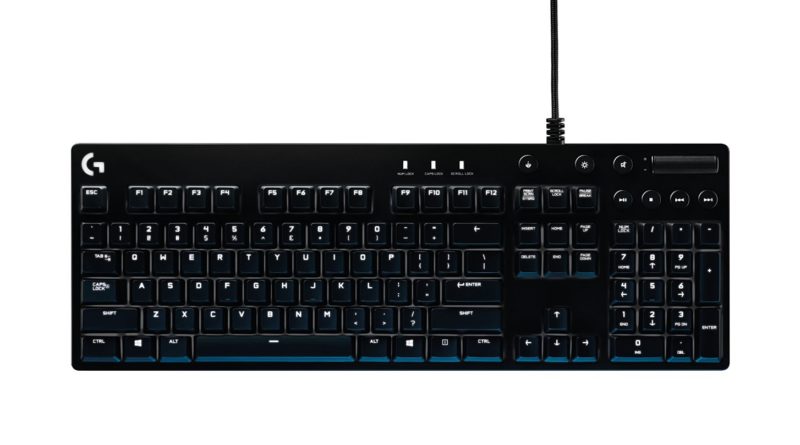 The Logitech G610 is actually very similar to the G810 Orion Spectrum. The design of these keyboards is basically the same. Both use a full-size layout with numpad, have identical media keys and no dedicated macro keys. You can assign macros to the function keys though. The two main differences are the used switch types (the G610 boards feature Cherry MX Switches, the G810 board feature Romer-G Switches) and the illumination. The G810 features full RGB illumination and the G610 only offers white backlighting. But even though it’s only white backlighting, it still can be customized with the Logitech Gaming Software.

"It's light on features, but the typing experience is second-to-none."

"As it stands, there’s almost no better entry point for users looking to step up to a premium gaming keyboard or a more dependable office companion."

"The Logitech G610 Orion takes one step forward and one step back, introducing real Cherry MX keys, but removing the Orion G810's full RGB lighting options. The keyboard is comfortable and attractive, even if the keys are a bit too quiet."