Since a 60 percent keyboard has much fewer keys to work with, you will need shortcuts to access many of its functions. For that purpose, there are one or more function keys (Fn, Fn2, etc.) in the bottom row. For example, the function of F2 is often featured as alternative on the key 2, thus it can be accessed by pressing Fn + 2. Note that also the arrow key navigation is usually made accessible via keyboard shortcuts.

It requires some time to learn how to work with a 60 percent keyboard, but it also offers some advantages over a full-size keyboard: A 60 percent keyboard requires less space on the desk and it is easier to transport. Moreover, it makes it possible to have the mouse closer to the keyboard, which is considered advantageous from an ergonomic perspective. Especially a lot of gamers prefer the 60 percent form factor over larger keyboards. The 60 percent gaming keyboard has become a very popular option. 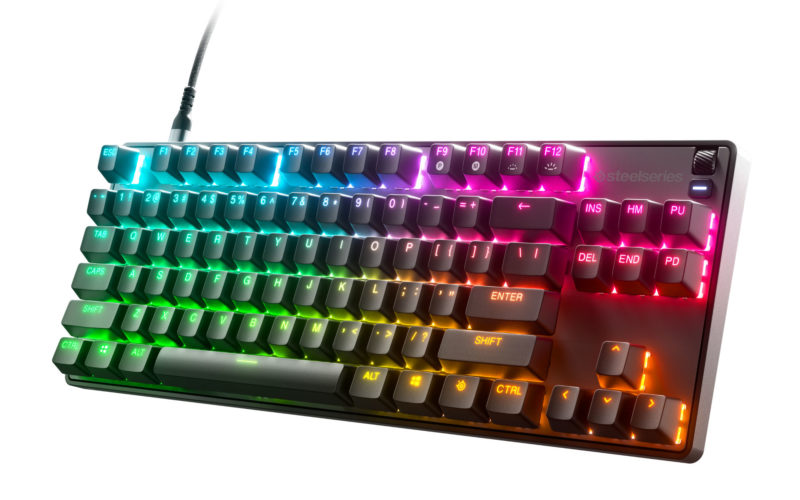 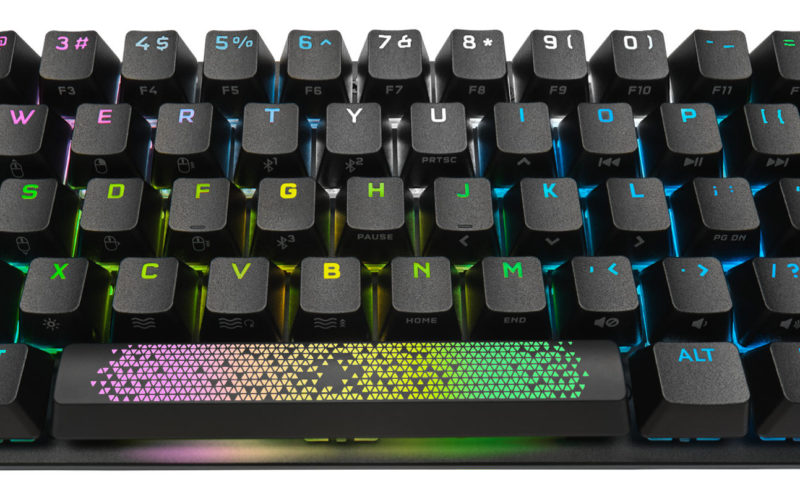 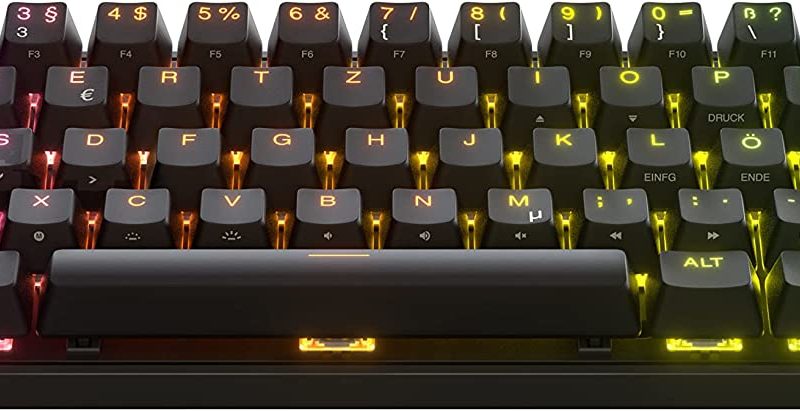 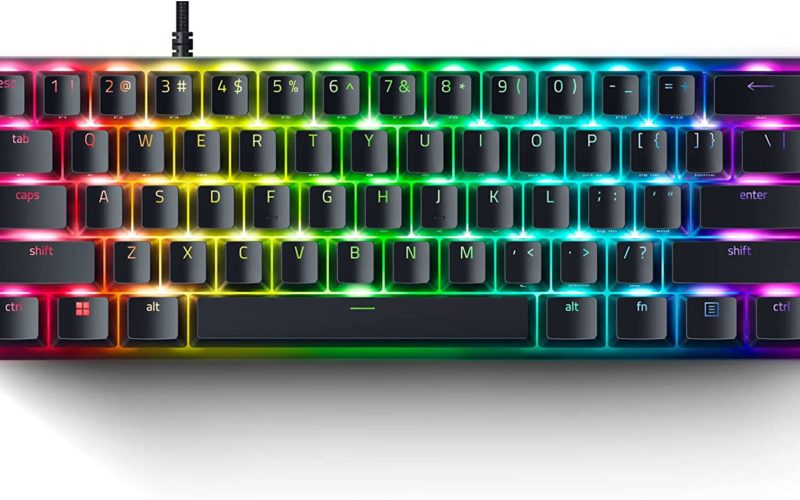 The Razer Huntsman Mini Analog is a 60% mechanical gaming keyboard. It was announced in 2022 and it is Razer’s first upgrade of the Huntsman Mini. Analog Optical Switches The most important update from its predecessor can be found right in the keyboard’s name – the Razer Huntsman…
byMechanical Keyboard 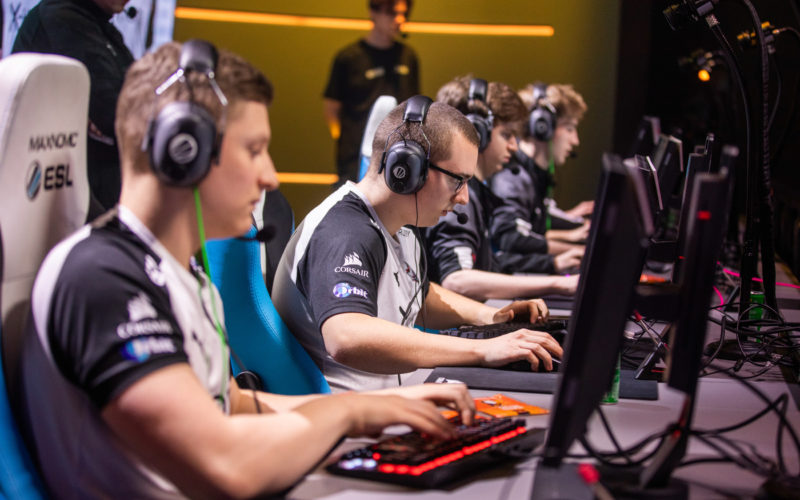 The keyboard is, besides the mouse, the most important tool of a gamer. A single input error can easily decide the outcome of a game. If you play for victory, you therefore should carefully choose your gaming keyboard. For quite some time, the trend was to cram as…
byChristoph Berger

With the introduction of the Corsair K65 RGB Mini, the company is finally joining the 60% keyboard market in 2021. 60% Gaming Keyboard with Cherry MX Switches The keyboard features a 60% form factor which means that it has about 60% of the keys of a full-size keyboard.…
byMechanical Keyboard 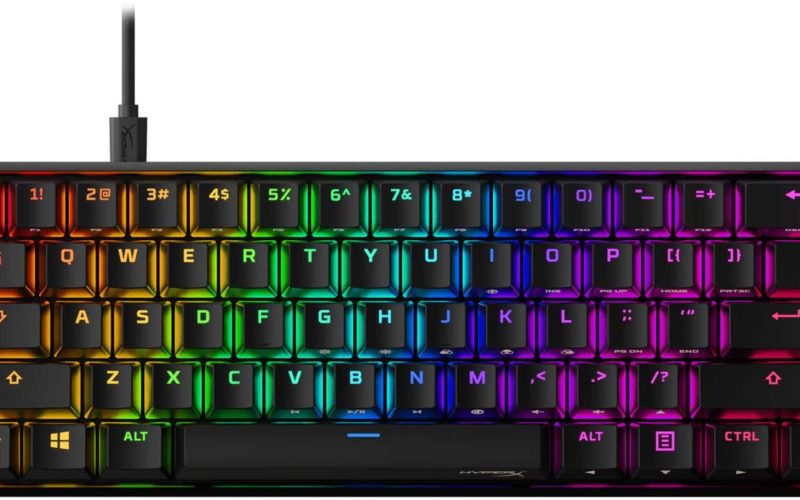 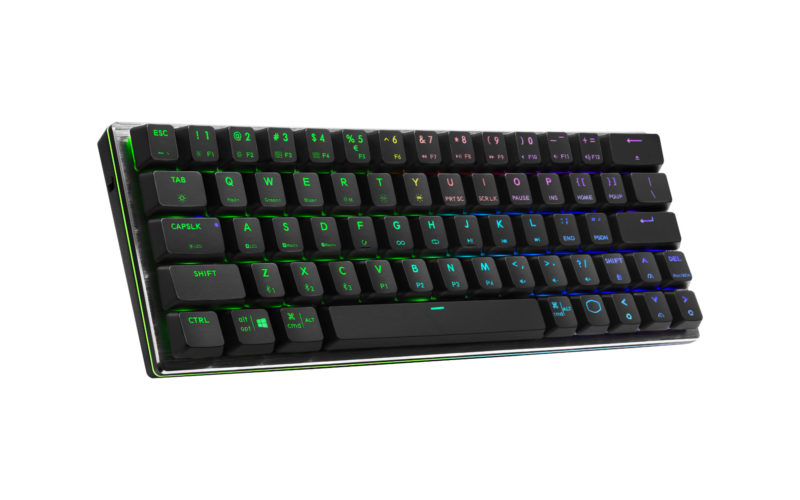 The Cooler Master SK622 is an updated version of the wireless SK621. The keyboard was first presented at the end of the year 2020 and it is available in most regions since early 2021. Cooler Master listens to Criticism The keycaps have been a major point of criticism…
byMechanical Keyboard 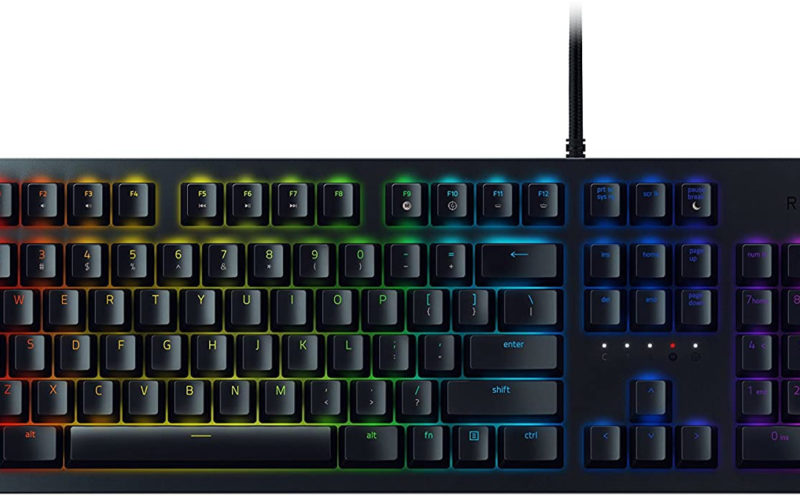 The Razer Huntsman is a gaming keyboard introduced at the end of June 2018. The term also refers to the manufacturer’s keyboard series that is characterized by the use of optical switches. Huntsman – Optical Mechanical Keyboard Let us immediately get started with the keyboard’s most interesting part…
byMechanical Keyboard