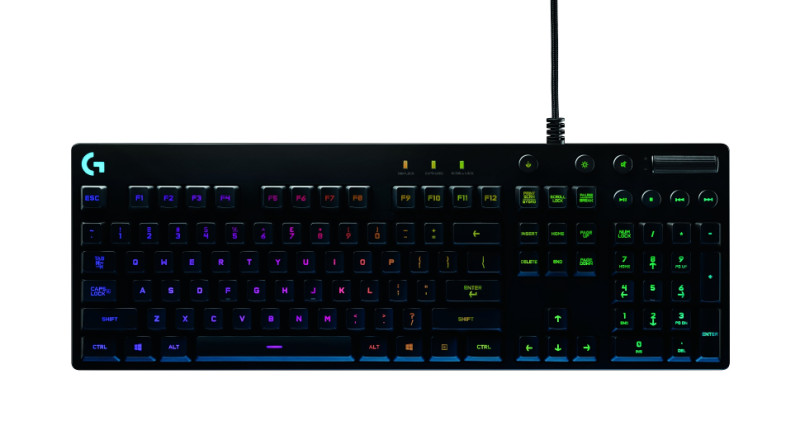 The Logitech G810 features the Romer-G Switches. We already know these switches from the Logitech G910 – they are fast mechanical switches designed for high performance gaming.

Furthermore the keyboard has fully customizable RGB lightening. Using the Logitech Gaming Software, the light of each individual key can be adjusted. The software is already pre-loaded with lighting profiles for over 300 games.