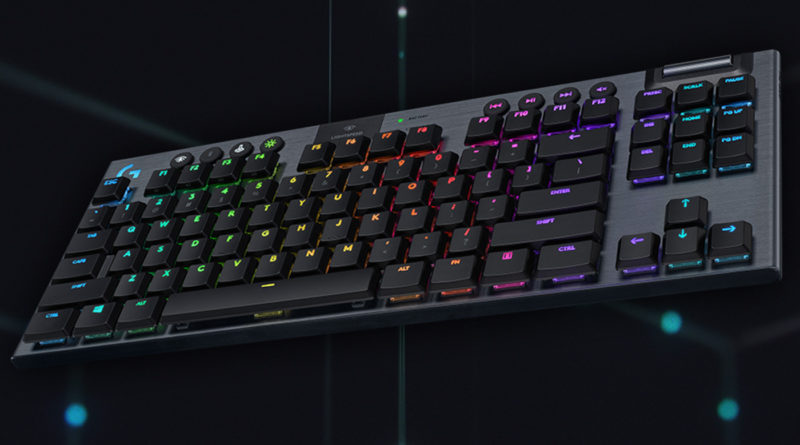 Last August Logitech introduced the G815 and the G915, two feature-packed mechanical gaming keyboards with low-profile switches. Both keyboards are very alike, the main difference is that the G815 is connected via USB cable whereas the G915 is connected wireless. Most recently Logitech announced a new variant for the latter. The new Logitech G915 TKL is a wireless, mechanical gaming keyboard in a tenkeyless form factor. Without a numpad the keyboard is about 10 cm smaller than the Logitech G915. According to Ujesh Desai, Vice President of Logitech Gaming, there already have been many requests from the community for a TKL version of the G915. A compact form factor definitely makes a lot of sense for a wireless keyboard since it becomes easier to be mobile with it.

Features of the Logitech G915 TKL

All the core technologies found in the G915 are also packed into the G915 TKL. Thus, the keyboard offers Lightsync RGB illumination, nice-looking multimedia controls and a dedicated mode for interruption-free gaming. Buyers also have the choice between all three GL switches. The five macros key on the G915 did not make the cut though, they are only available in the full-sized version. The Logitech G915 TKL has an integrated battery which is supposed to last for up to 40 hours of usage with illumination turned on.